Back to all Events 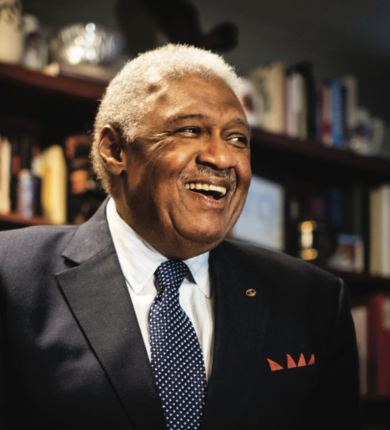 Join the Honorable John Charles Thomas for an afternoon of inspiring and unforgettable stories as he reads from and discusses his new book The Poetic Justice: A Memoir.

Justice Thomas is a native of Norfolk and attended its segregated public schools before entering the University of Virginia in 1968 as one of only three African Americans. He earned his BA with distinction and went on to a law degree at UVA. Thomas became the first African American lawyer hired by the formerly all-white Richmond law firm Hunton Williams Gay and Gibson and was made partner. On April 11, 1983, Governor Charles Robb appointed Thomas to the Supreme Court of Virginia, making him the first African American and, at 32 years of age, the youngest Justice in the history of Virginia. Retired now, Justice Thomas is a published poet, and has recited his verse at Carnegie Hall.

Prev Event Making A Place for Themselves: A Survey of the Free Black Experience in Virginia from 1800-1865
Next Event Documentary Screening: “Lives Between the Line”s